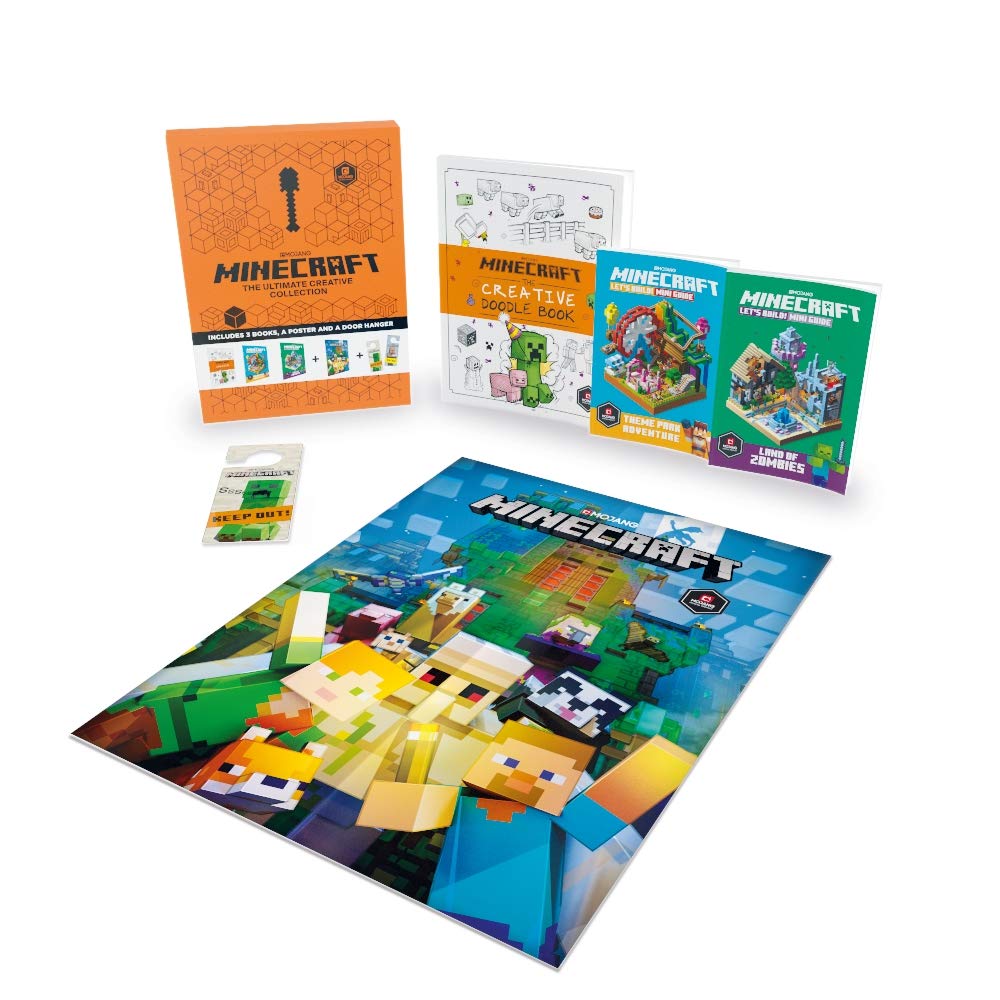 Dive into the world of Minecraft with the official Minecraft Gift Box, packed with tips and tricks for Minecraft players.

Have you ever wanted to design your very own theme park? Did you ever want to create a city of undead zombies? Well, now you can! With expert tips and tricks from our very own expert Sparks, this gift box is a must have for all Minecraft fans. With two mini build guides, a doodle book, a Minecraft poster and door hanger, this gift box is sure to provide hours of entertainment.

Mojang is a games studio based in Stockholm, Sweden. Mojang was founded in 2009 by Markus “Notch… Persson and Jakob Porser. Markus Persson is also the creator of Mojang’s best-selling game to date: Minecraft. The alpha version of Minecraft was launched in 2009, and the official game went on sale in 2011. Since then over 100 million copies have been sold, across multiple platforms. It is now the second best-selling video game of all time. In 2014, Mojang was bought by Microsoft. The acquisition hasn’t changed much about the company – they still release and support games on multiple platforms, including iOS, Playstation and many more, as well as Windows and Xbox. Mojang plan to keep their independent spirit and continue to treat their community with the respect and honesty it deserves.